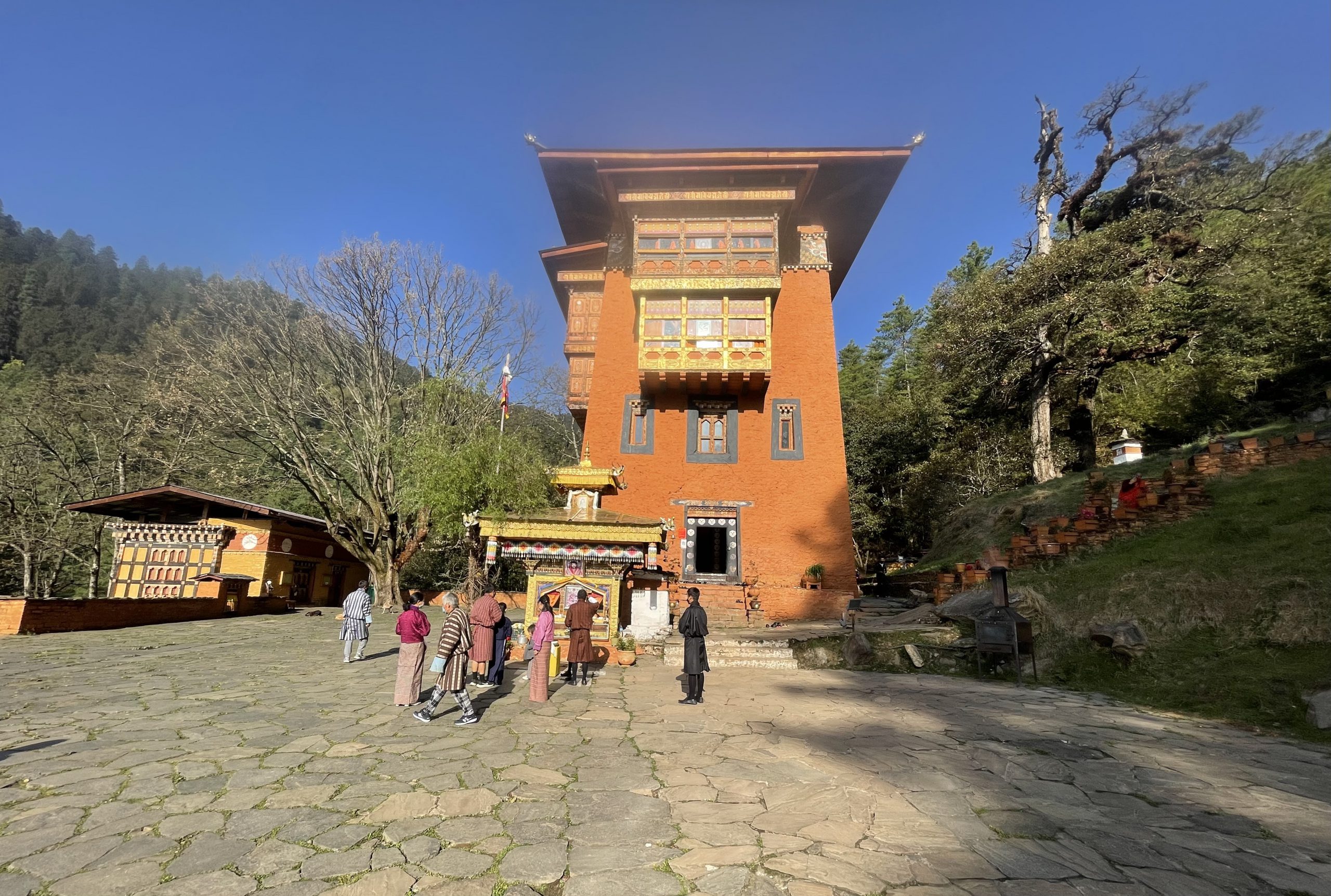 Dampa, the son or possibly the grandson of Phajo Drugom Zhigpo, who propagated the Drukpa school of Buddhism throughout Bhutan, constructed Dechenphu monastery in the 12th century on the western slope of Thimphu valley. The monastery was established on land that has been associated with Genynyen, a warrior god, since ancient times. Kunga Singye, the 7th abbot of the Ralung monastery in Tibet, who came to Dechenphu with Damtrul Loden Gyalpo, the illegitimate grandson of Dampa and also the reincarnation of the founder himself, appointed Geynyen, the spirit guardian of Thimphu valley, as the official protector of the Drukpa Kagyu teachings.

The Gönkhang, a fortified tower that still stands as the centre of Dechenphu Lhakhang, was built by Kunga Singye. The majority of goenkhangs are built to house powerful protective deities. According to legend, Kuenga Sangay was required to subjugate the spirit and transform the god into a protective deity. The spirit of Jagpa Melen (another name for Geynyen, meaning “Fire Fetching Brigand and Supreme Warlord”) withdrew into a large stone known as the Thimphu, which means ‘Disappeared into the Stone’. It is believed that when Bhutan is most in need, the warlord will return from the stone and rescue the country.

The Dechenphu Lhakhang was rebuilt between 1996 and 1998. Despite the fact that the demolished structures were from the early to mid-twentieth century, their arrangement was representative of the original plan. With the growing number of pilgrims visiting the monastery, the present layout provides for a considerably greater courtyard space. Most of the visitors are Bhutanese residents, as international tourists are not permitted to enter this sacred site. Pilgrims visit the monastery to seek the deity’s protection before embarking on a new venture, or to seek Genyen’s blessing for their infants in general.