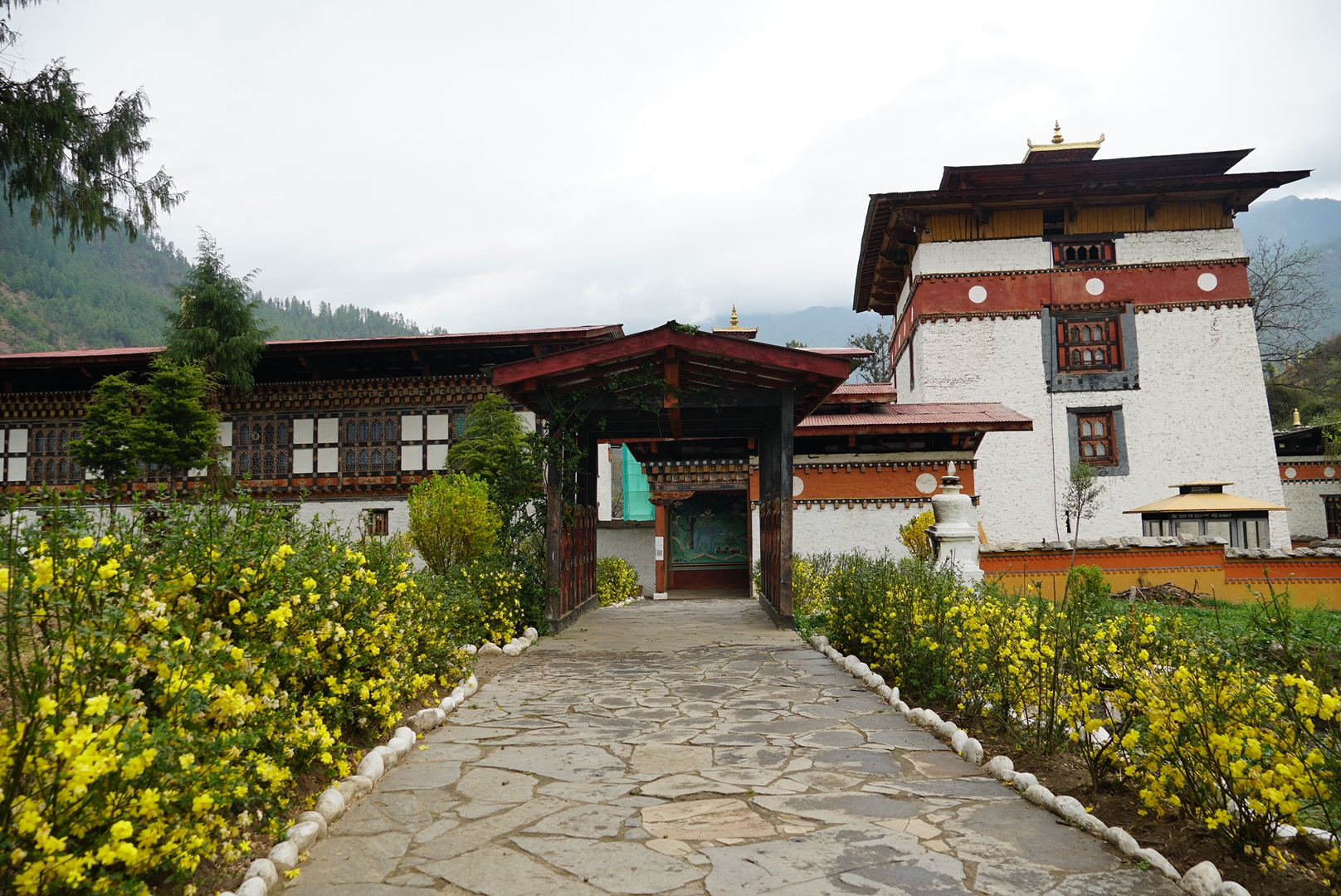 Pangri Zampa Monastery is located on the Thimphu river’s west bank. Although it has a nearly 500-year history, it is best known for being Bhutan’s Royal College of Astrology, which it has held since 2003. On the west, north, and south sides of the monastery, there are student dorms, classrooms, and administrative buildings, as well as two temples on the northeast and southeast corners. The structure was constructed in two stages over the course of 100 years.

Zhabdrung, the unifier of Bhutan’s arrival coincided with the second stage. The dream that brought Zhabdrung to Pangri Zampa is documented in a biography written by one of his students. Zhabdrung had a dream about a large black raven flying into the “southern valleys” while in Tibet (i.e., Bhutan).

Mahakala is typically shown with a raven’s visage and is regularly summoned to defeat bad spirits. The temple was built on the southeast corner of the monastery, next to the Kabesa bridge, by Zhabdrung. His dwelling is on the upper floor, which today houses his statue. A mermaid statue depicting ‘Menmo’, a water goddess and consort of Gengyen Jagpa Melen, the guardian deity of Thimphu who resides at Dechenphug, is housed within this temple.

In the current period, the monastery is frequently consulted to identify the most fortunate timing of major national events. For instance, the head astrologer predicted the best time for HM King Jigme Khesar Namgyel Wangchuck’s coronation in 2008. Pangri Zampa monastery also helped with divining dates for royal weddings and crown prince naming rituals, among other things.