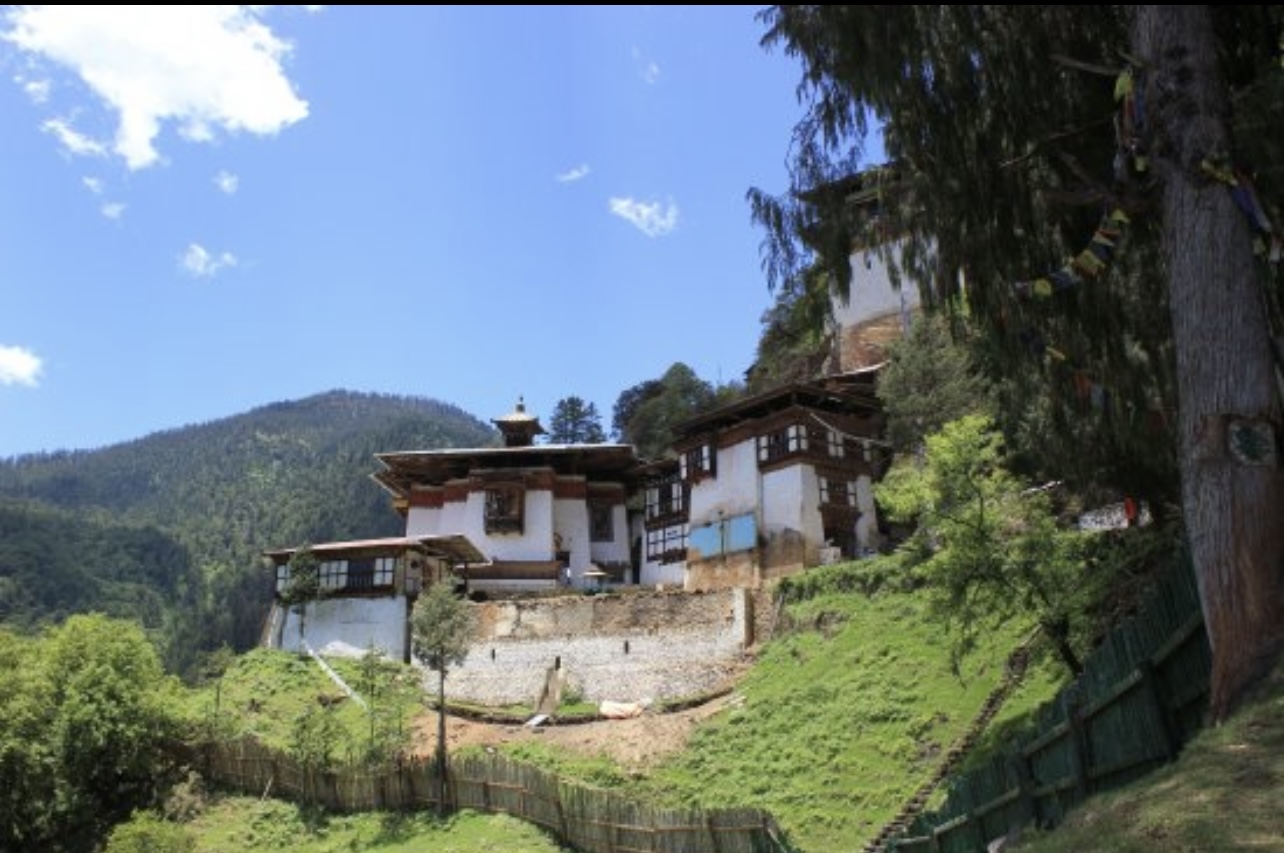 Phajoding Monastery, positioned at 3,600 meters (11,800 feet), is one of Thimphu’s highest-altitude sanctuaries, offering stunning views of the valley below. Its full name is believed to be Phajoding Thubten Jago Phungpo Wogmin Nampar Gyalwai Khangzang, which translates to “The Temple of the Buddha’s Doctrine, Vulture Peak Mountain, and the Akanishtha Mansion of Complete Victory.”

According to some traditions, the monastery’s namesake, Phajo Dugom Zhigpo who popularized the Drukpa school of Buddhism throughout Bhutan, founded it in the 13th century. However, no constructions from that time period have survived. The existing structures date from the mid-eighteenth century, when Sherab Wangchuk, Bhutan’s 13th Druk Desi, restored and extended the temple.

The Phajoding monastery has current layout consisting of a loose cluster of roughly ten temples. The largest is the Jampa Lhakhang, a three-story structure enclosed by thick shabkhor walls built in the mid-eighteenth century. The Khangzangand Wogmin lhakhangs, located higher up on the slope to the north, are two nearby monuments dating from the mid-18th and late-18th centuries, respectively.

All three monuments were completely repaired between 2013 and 2018, at a cost of around Nu 200 million, thanks to a grant from the Indian government. Restoration work at such altitudes was difficult, especially because there were no roads appropriate for construction equipment connecting the site to the lower valley.

Instead of destroying extensive swaths of forest to preserve the site’s holiness, the conservators created a system of ropeway towers to transport construction materials up the mountainside from a base at Sangaygang, approximately five kilometres to the east. The path of the ropeway line may be seen as a small breach in the trees extending eastward from Phajoding in the satellite view below.