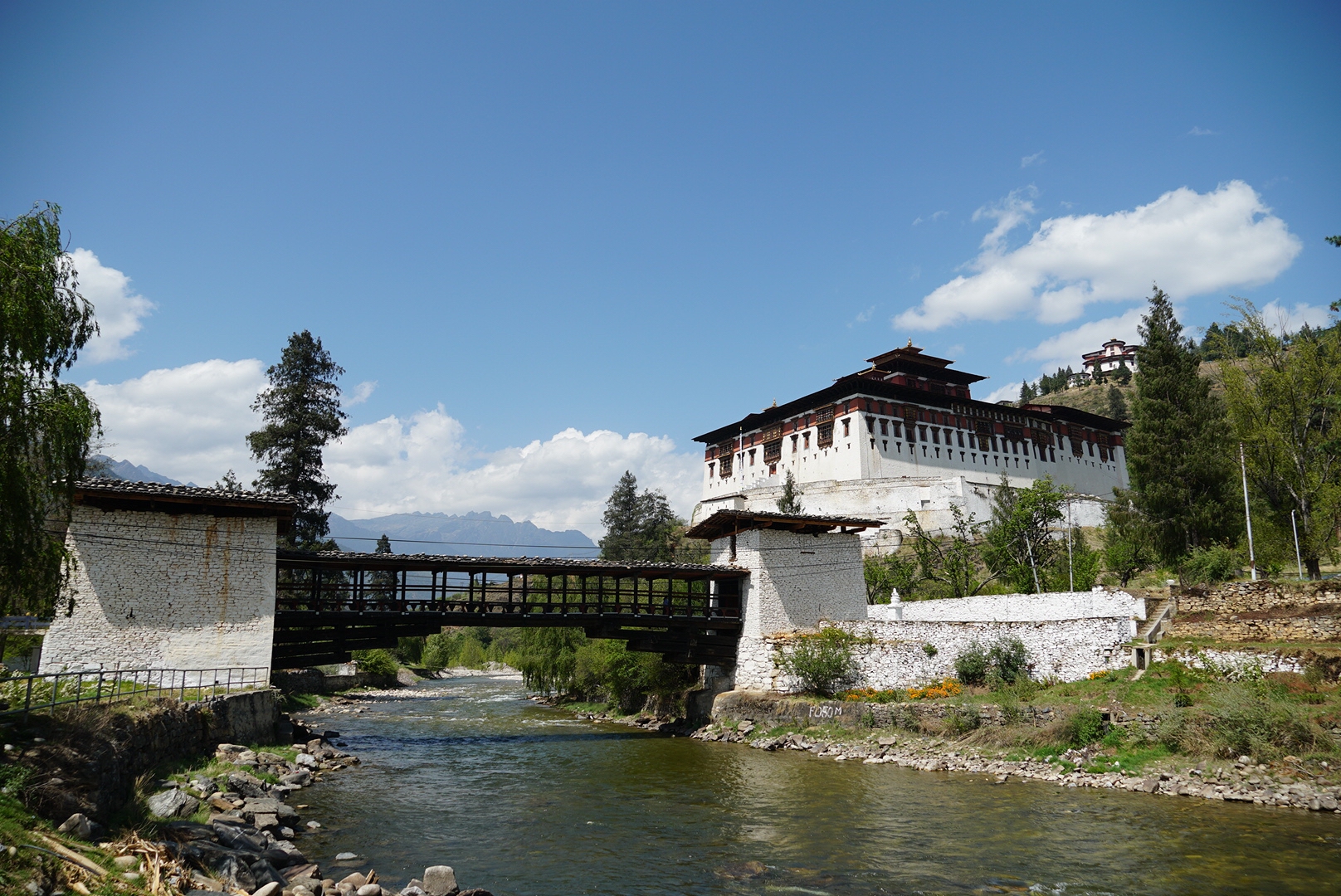 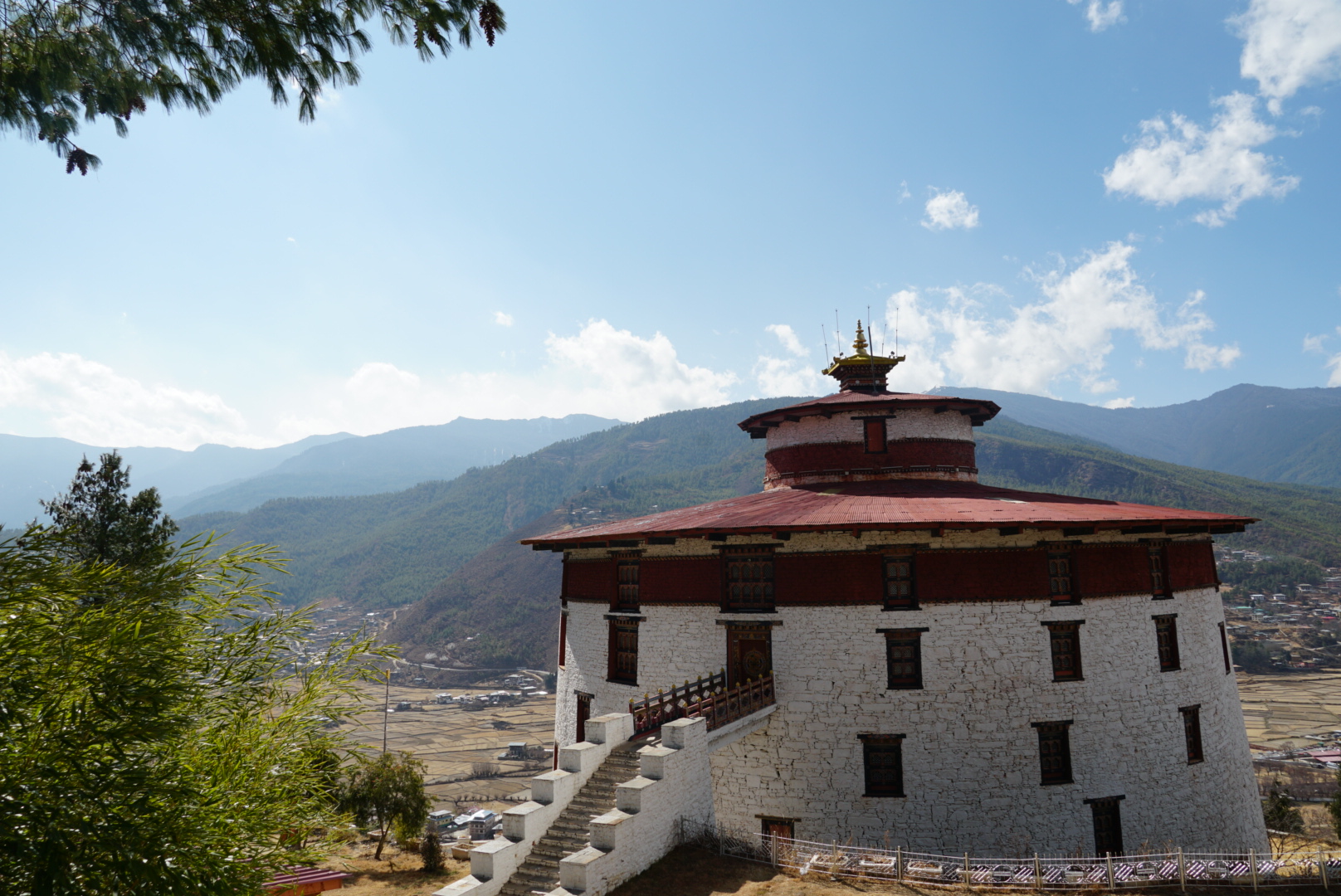 The Paro Ta Dzong was built in 1656 as a watch tower for the Rinpung Dzong and now used as a national museum. The Dzong was center of both the administration and monastic body of the valley.

It is in a circular shape as a eight storied structure. According to the history, the Dzong’s fourth floor was used as a prison cell and a removable bridge between the third floor and the fifth floor isolated the fourth floor which was useful to confine the prisoners and restraint the enemy advances. An underground passage is believed to have linked the Dzong to Paro river ( Pachhu ) ensuring water supply during times of war.

By the end of 1950’s, the watch tower reached the state of near collapse and upon the command of the Third King – HIs Majesty Jigme Dorji Wangchuck, the tower was renovated,  inaugurated as a textile museum  and it was opened to the public in 1968.

The museum houses some of the finest Bhutanese arts, around 3000 Bhutanese arts and covers 1000 years old Bhutanese heritage with antiques, artifacts relating to insects and animal of Bhutan. The main highlight of the museum includes a horse horn, an egg laid by a mule, stone axe which was used during hunting and original iron links which was used to built the iron bridge near Tamchog Lhakhang. 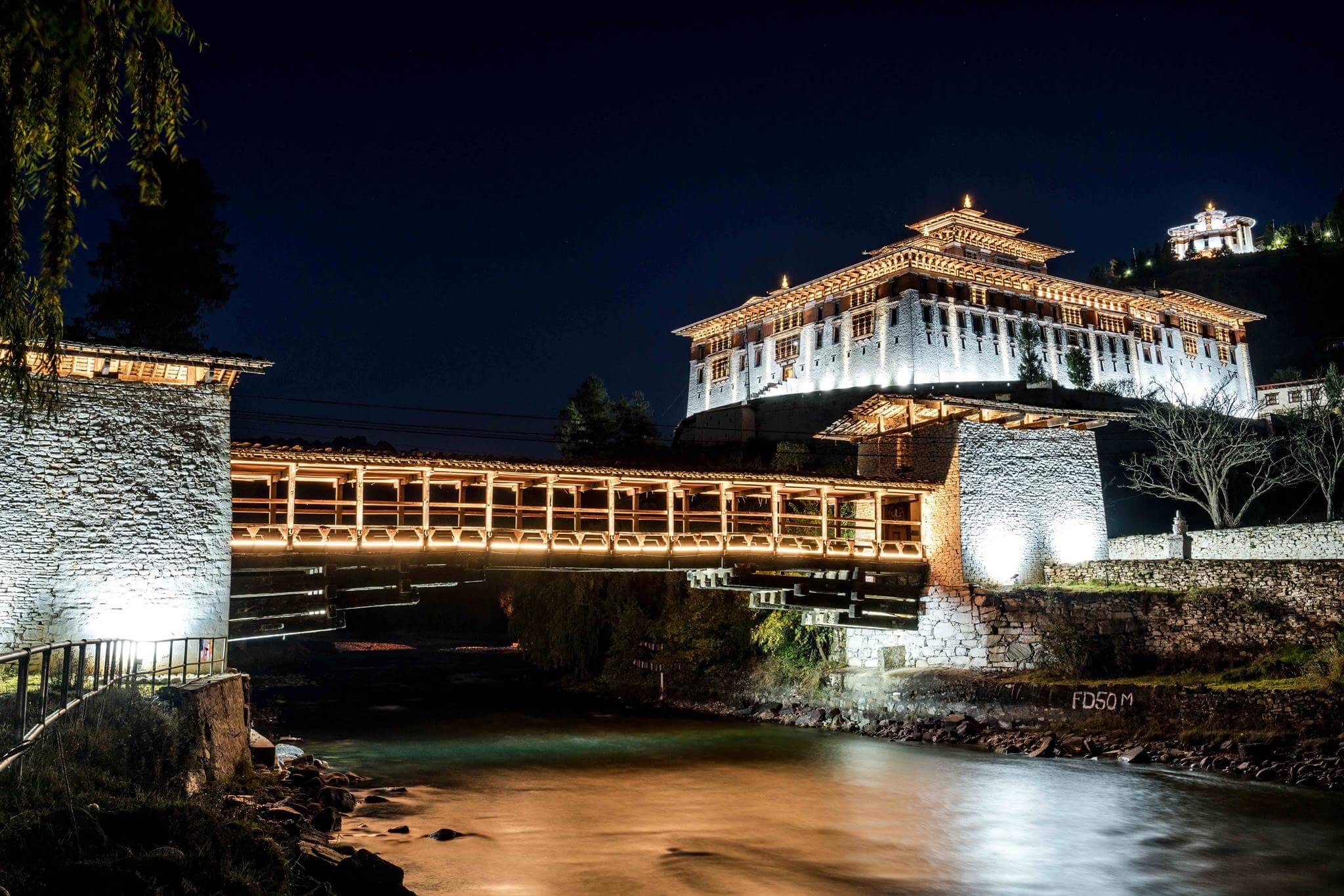 Rinpung Dzong, popularly known as the Paro Dzong is located in Paro valley and it is the administrative  headquarter of the Paro district and houses the state monastic body. It was built above a large rock where Drungdrung Gyelchog subdued the local deities and bound them under the oath to follow the teaching of Drukpa Kagyu.

It has five storey central tower and it is considered as one of the finest Bhutanese architecture with large beams inserted into each other and held together without nails and complex wood works.

It was constructed in the 16th century by Drungdrung Gyelchog who was one of the two brothers descendants of Phajo Drugom Zhigpo ( founder of Drukpa Kagyu school in Bhutan.

It was later handed over to Zhabdrung Ngawang Namgyel – Unifier of Bhutan and he immediately began the construction of the Dzong to much complex structure. Although the Rinpung Dzong survived the massive earthquake in 1987, it was almost completely burned in 1906 and lost most of the important relics to the fire except for the Thongdrel which is displayed to the public during the Paro festival. The Dzong was immediately built to its former glory after the incident.

The main temple known as Goenkhang is located in the third floor and houses the statue of Mahakali and Mahakala and Mithrugpa Lhakhang houses the statue of Zhabdrung Ngawang Namgyel and Lord Buddha.  The first floor houses Rabmang Zheldzomkhang and contains the deeds of Shakyamuni Buddha.

The unique beauty of the Rinpung Dzong can be experienced by passing through a wooden cantilever bridge and then taking a walk around the Dzong and understanding it’s rich history. it also host the annual Paro festival and displays mask dances and Bhutan’s unique culture and traditions. The Dzong is also known as the Fortress of a heap of a Jewel. 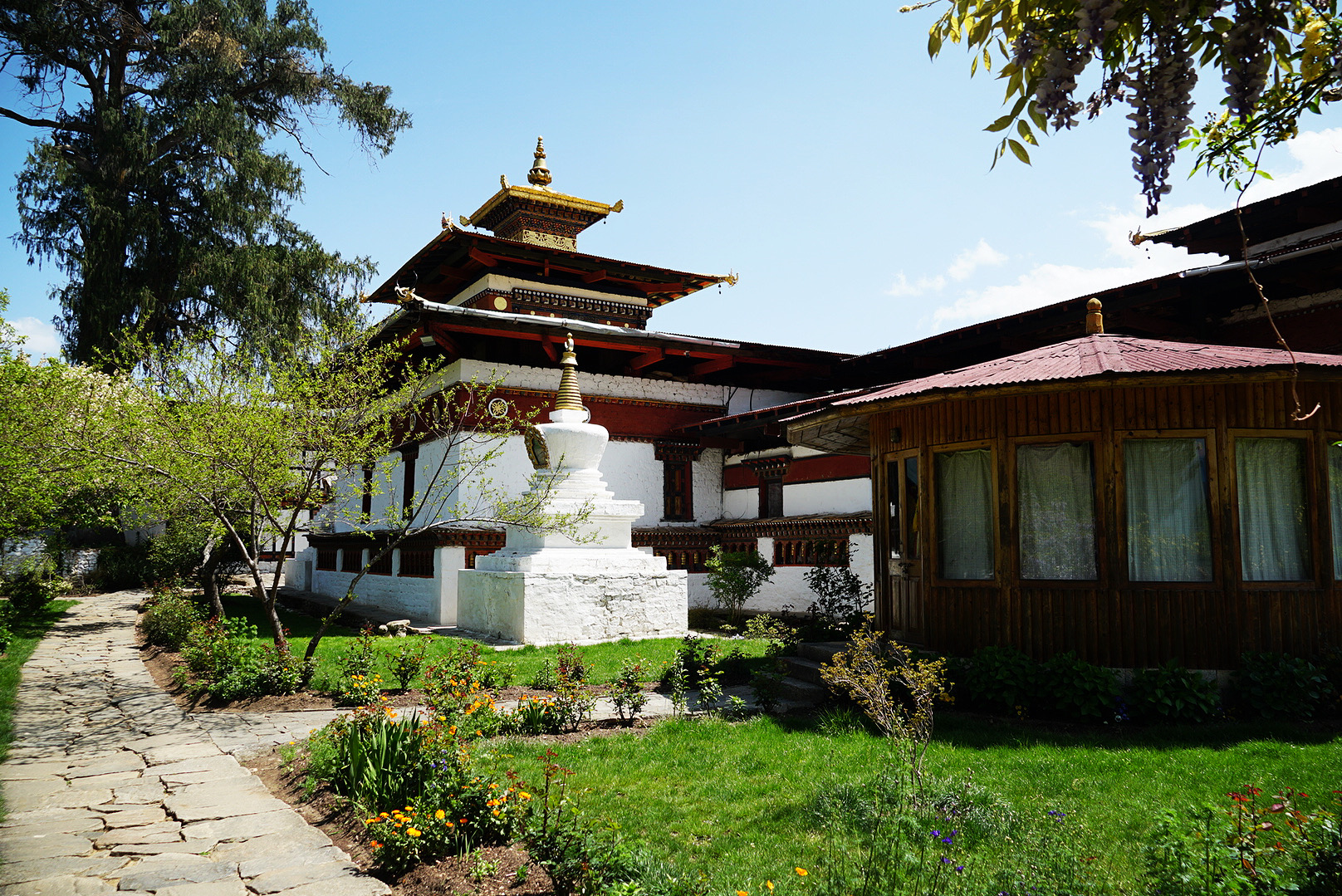 Kyichu Lhakhang is one of the most beautiful and the oldest temple in Bhutan. The temple was initially smaller in size but it expanded over the years. In the 8th century, Guru Rinpoche was believed to have visited the Kyichu Lhakhang and hidden a variety of treasures in the temple as well as other parts of the region which were later to be discovered on auspicious and certain times by Tertons (Treasure revealer ).

The temple underwent many renovations in the 1830s, and in 1968, The royal queen mother of Bhutan, Azhi Kesang Choden Wangchuck ordered its further expansion and the temple houses the statue of Guru Padmasambhava and Kurukulla, a peaceful to semi- wrathful female deity. The temple also contains the painting of King Kesar of Ling, who was a great Tibetan warrior.

The main temple consists of Jowo Lhakhang with a statue of Jowo Jamba and nearby statue of Chenrezig, a deity embodying compassion of all Buddhas and it is believed that he listens to prayers of all sentient beings in time of difficulties. 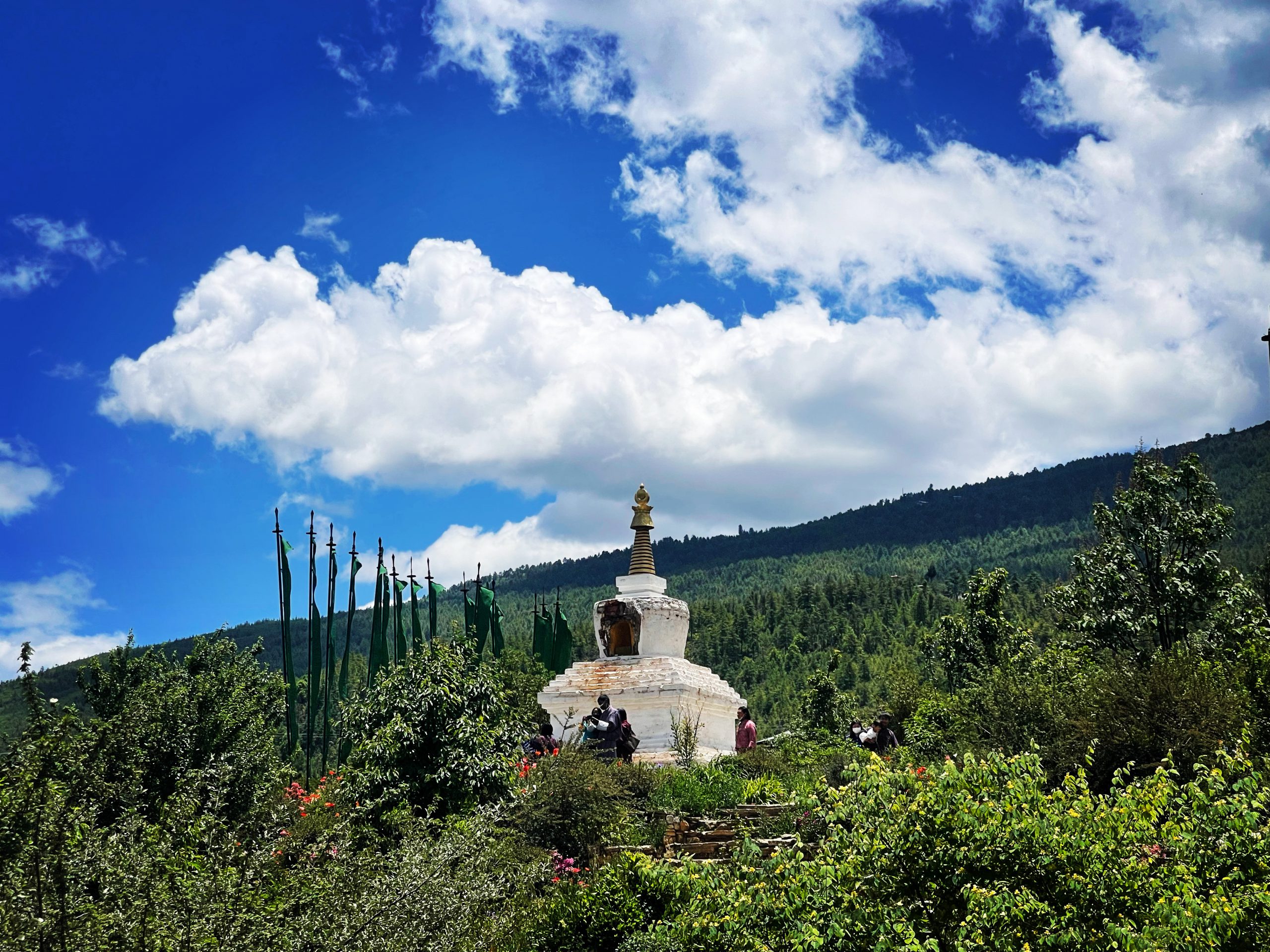 The temple is surrounded by prayer wheels which is circumambulated by the monks and locals and a sacred orange tree that bear fruits throughout the year. 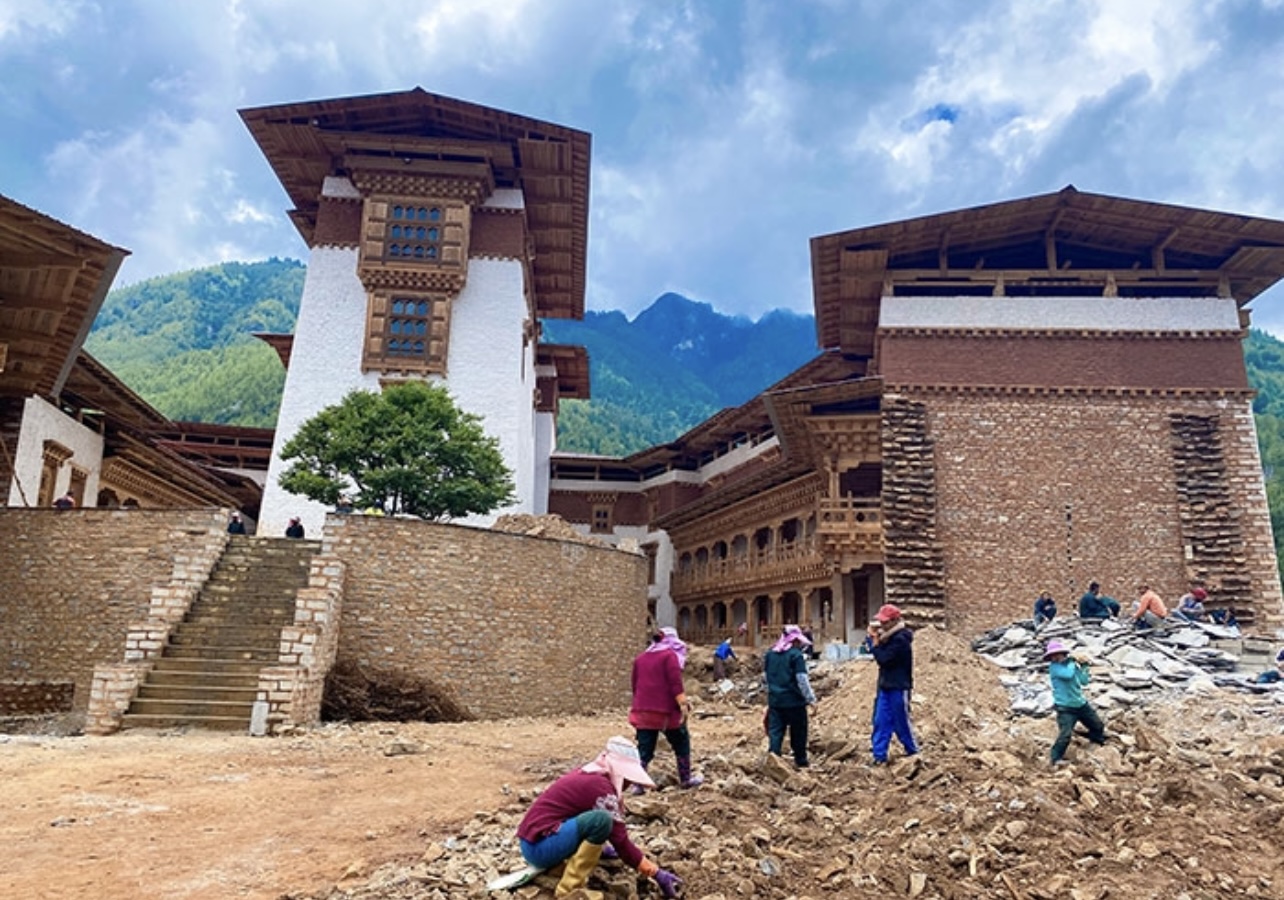 Drukgyel dzong was built by Zhabdrung Ngawang Namgyel in 1646. As the name of the dzong suggests Druk meaning Bhutan and Gyel meaning victory, it is believed that the Dzong was built to commemorate his victory over the invading Tibetan and Mongolian armies. The Dzong didn’t serve any administrative or religious functions and it was constructed solely for defensive purpose especially against the external threats from the border. The dzong was built on the summit of a rocky hill and only accessible entry to the dzong was guarded by three prominent towers.  The structure consist of a tall central building and an adjacent courtyard surrounded by lower buildings.

There was also tunnels connecting the dzong with the river to reduce the risk of fetching water during battle but these tunnels are now sealed. In 1951, an unfortunate fire accidence ruined the dzong and over half a century later, the restoration began in 2016 which also celebrated the birth of HIs Royal Highness The Gyalsey and also to mark two other significant events, namely, the arrival of Zhabdrung Ngawang Namgyel in 1616 AD and the birth of Guru Rinpoche.

Trek to Tiger’s Nest | Things to see in Paro 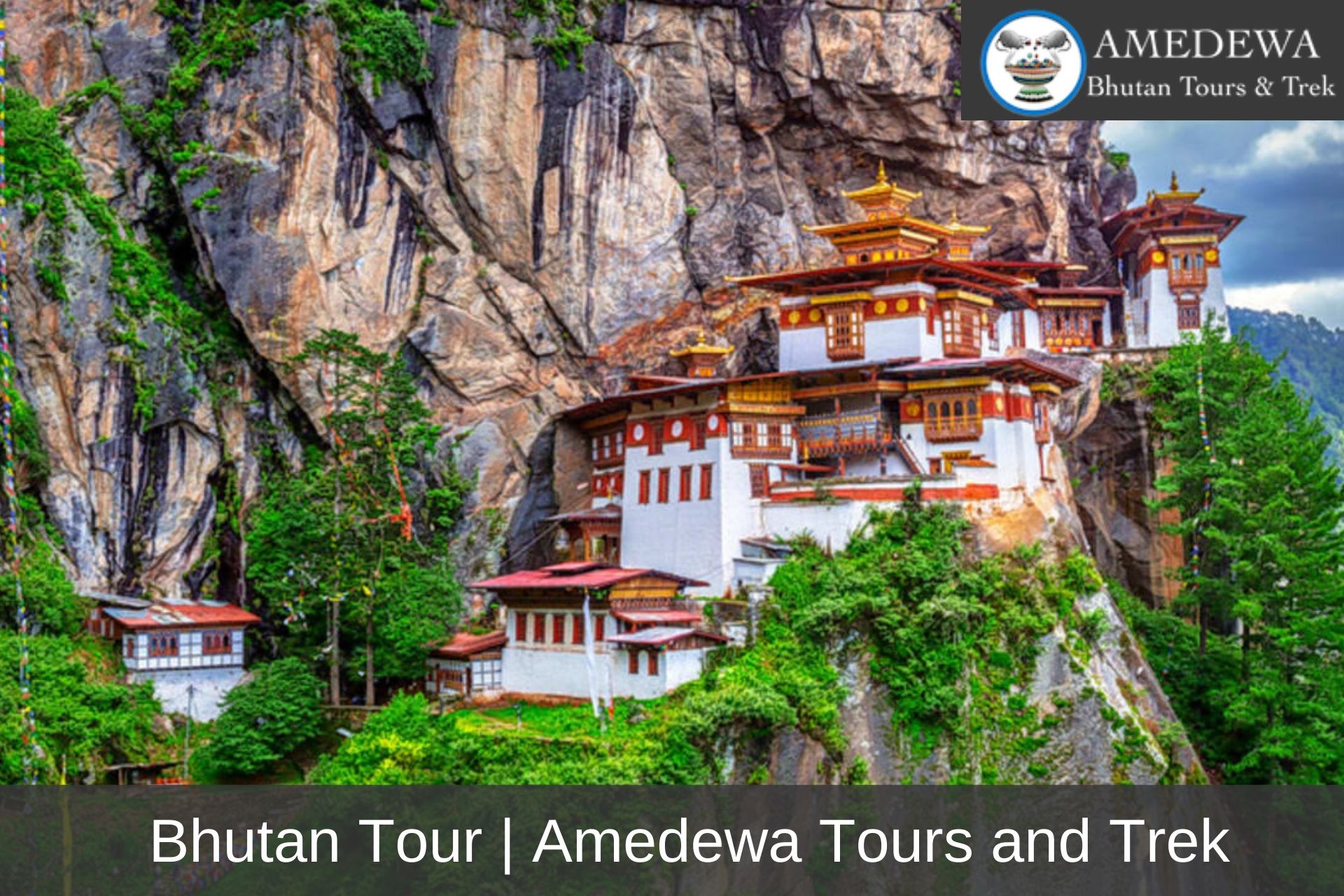 The Taktsang monastery translates to “The Tiger’s Nest”  which is one of the most prominent monastery in Paro, Bhutan. This breath taking trail is located approximately 10 km to north of the Paro Valley at an altitude of 3120m. 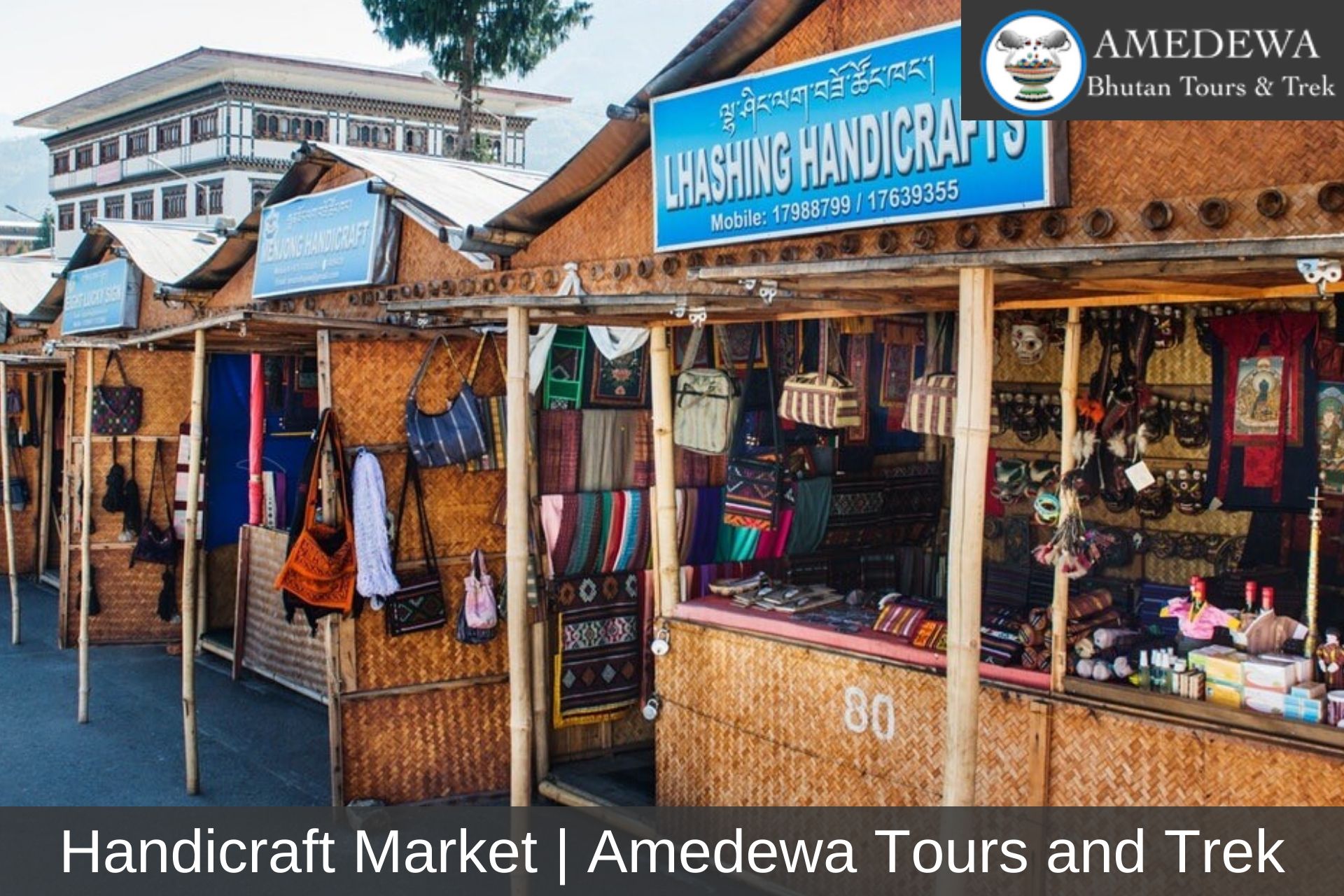 Paro Handicraft shops offers some of the best paintings, sculptures, wood carvings and ornaments. The shops opens from 9:00 am and closes by 10:00 pm. Explore and enjoy shopping the handicrafts after the day sightseeing and take back beautiful souvenirs. 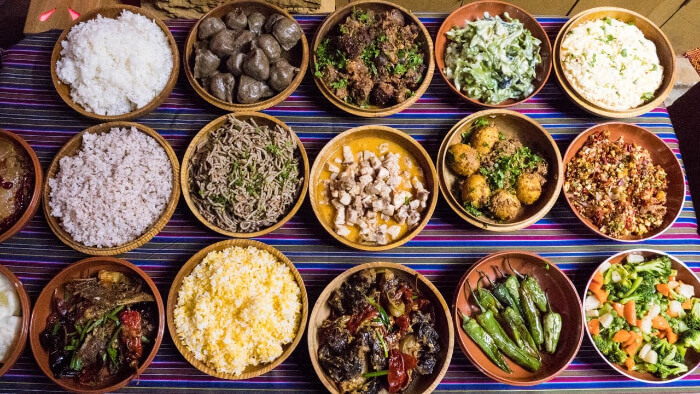 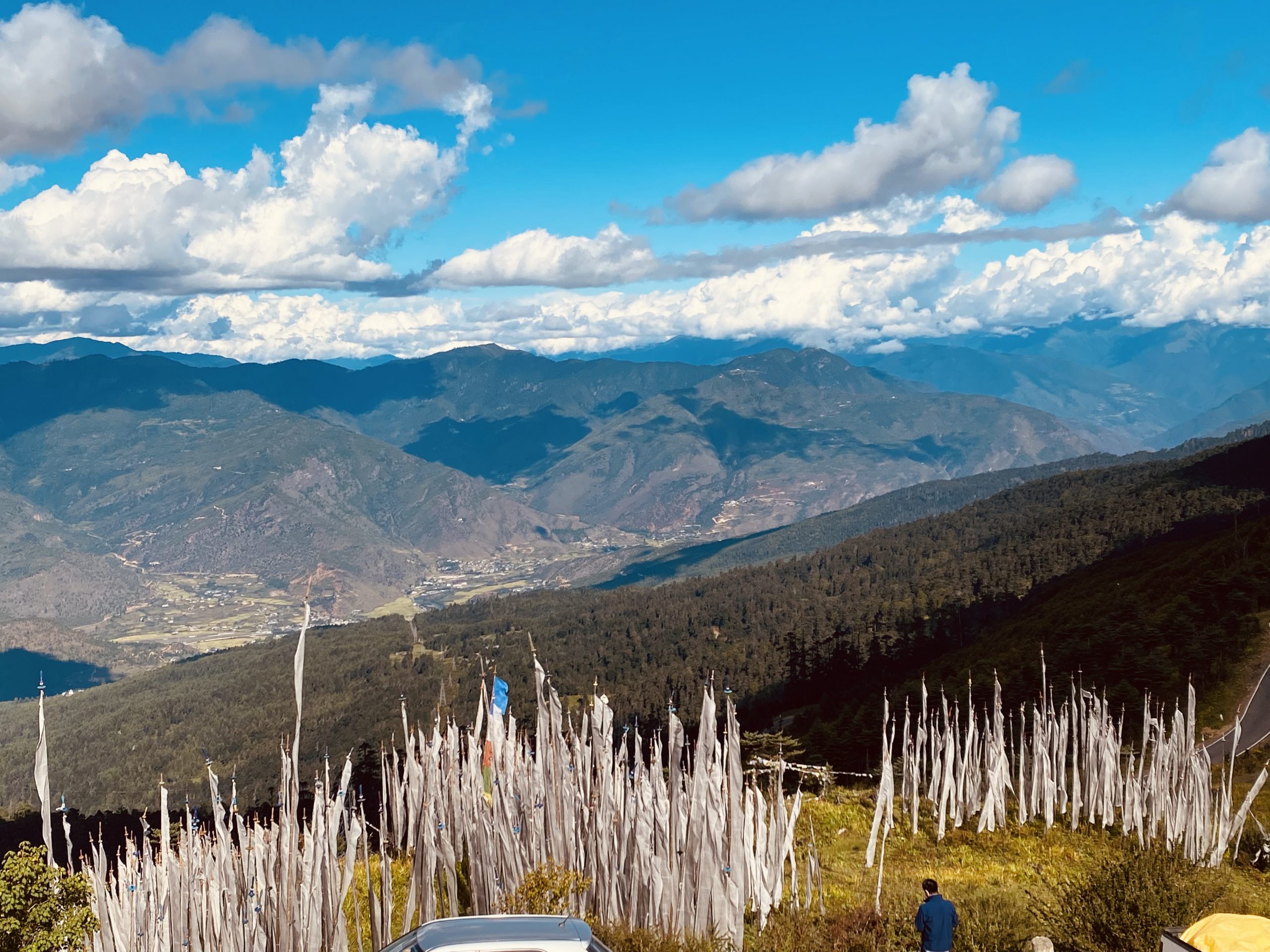 Driving to chelela pass, highest motor able road end in Bhutan and enjoy the magnificent view of the Mt Jomolhari at over 2000 ft along with Jichu drake. 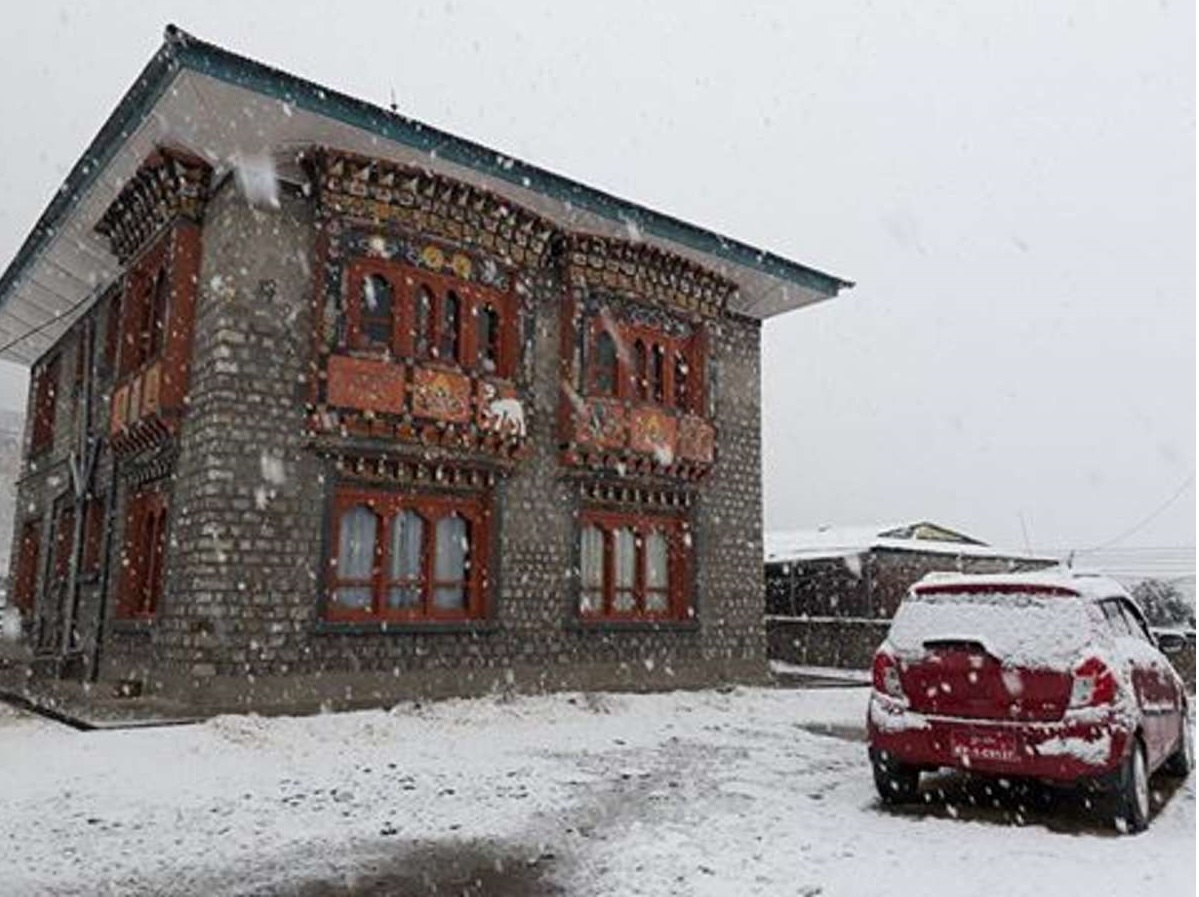 Be a part of Bhutanese lifestyle and know more about the ancient culture and tradition of Bhutan. Enjoy your stay in Paro with a visit to farmhouse and mingle with the locals. 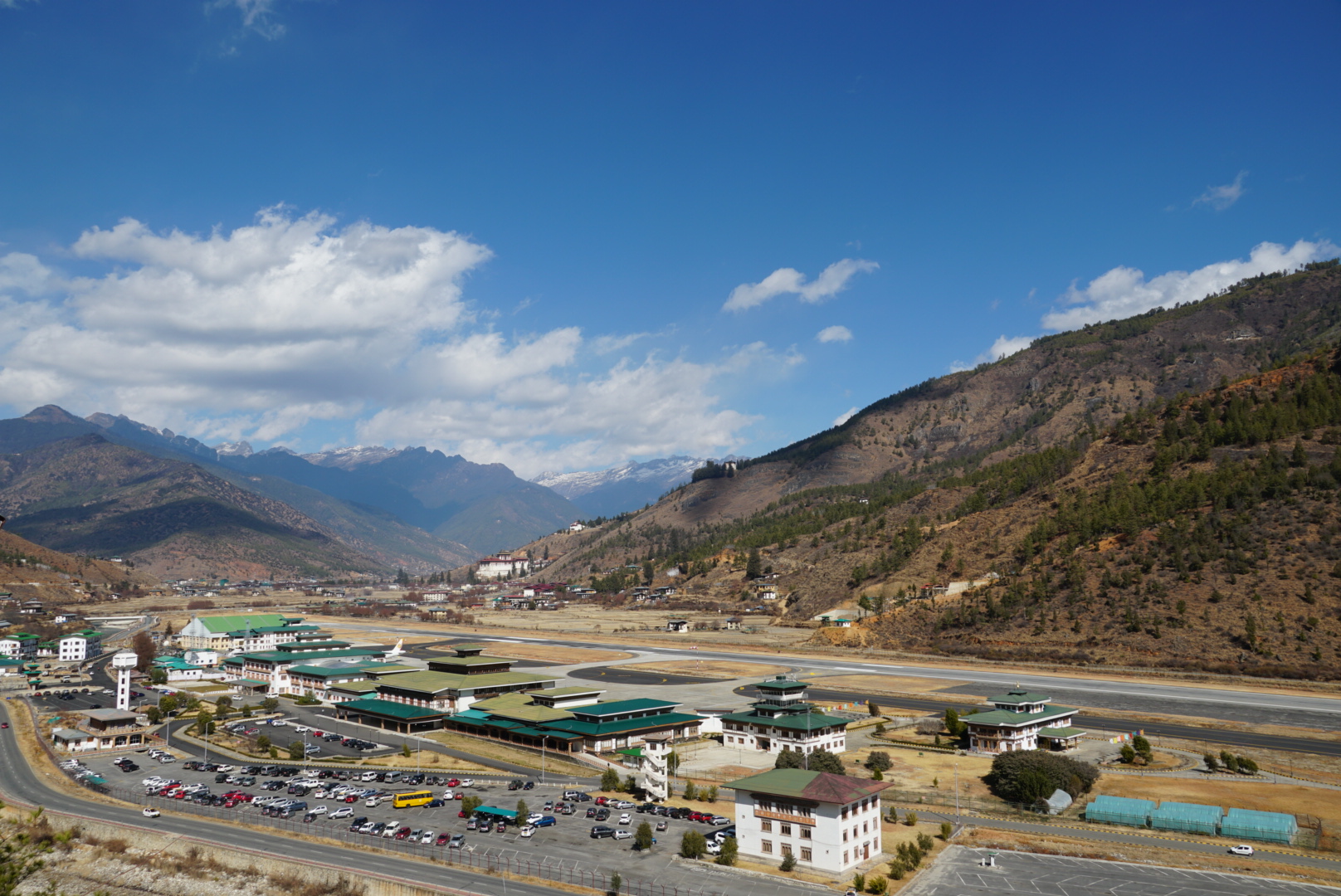 Enjoy the exquisite view of the Paro Valley from the airport bird’s eye view point.

Mail us at travelamedewa@gmail.com for any assistance.