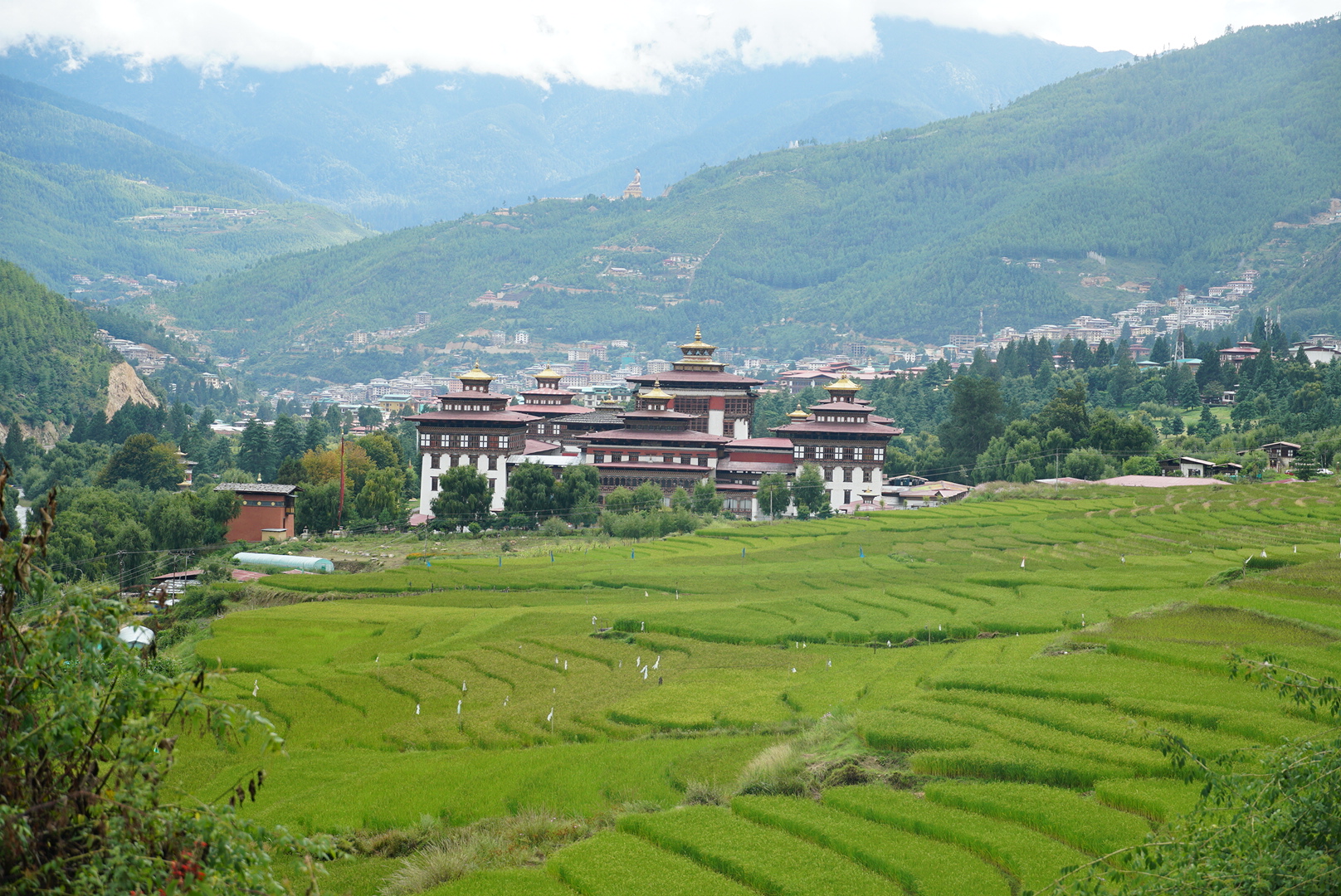 Tashichho Dzong, the Buddhist monastery and castle in the capital, is the summer residence of the Je Khenpo, the country’s chief abbot of the central monastic body. It also served as the seat of the Druk Desi who was the leader of Bhutan’s civil government until 1907. The Dzong was destroyed by fire and earthquake serval times and the leaders of the monastic body reconstructed the Dzong. When Thimphu became the capital of Bhutan after moving from Punakha, the current Dzong was reconstructed by the third King,  Jigme Dorji Wangchuck.

The old Dzong was modified to suit its purpose as the seat of administration. Tashichho Dzong has thirty temples, chapels, and shrines, as well as the annual Thimphu Tshechu festival, are located within the Tashichho Dzong, which is surrounded by beautiful gardens and well-kept lawns at the present day. The dzong now houses the King’s throne room and offices, the cabinet secretariat, and the ministries of home affairs and finance, with other government offices to the south. A tiny tower known as Ney Khang Lhakhang is west of the dzong and houses a statue of Shakyamuni Buddha as well as guardian deities.

Mail us at travelamedewa@gmail.com or visit www.amedewa.com for any assistance.