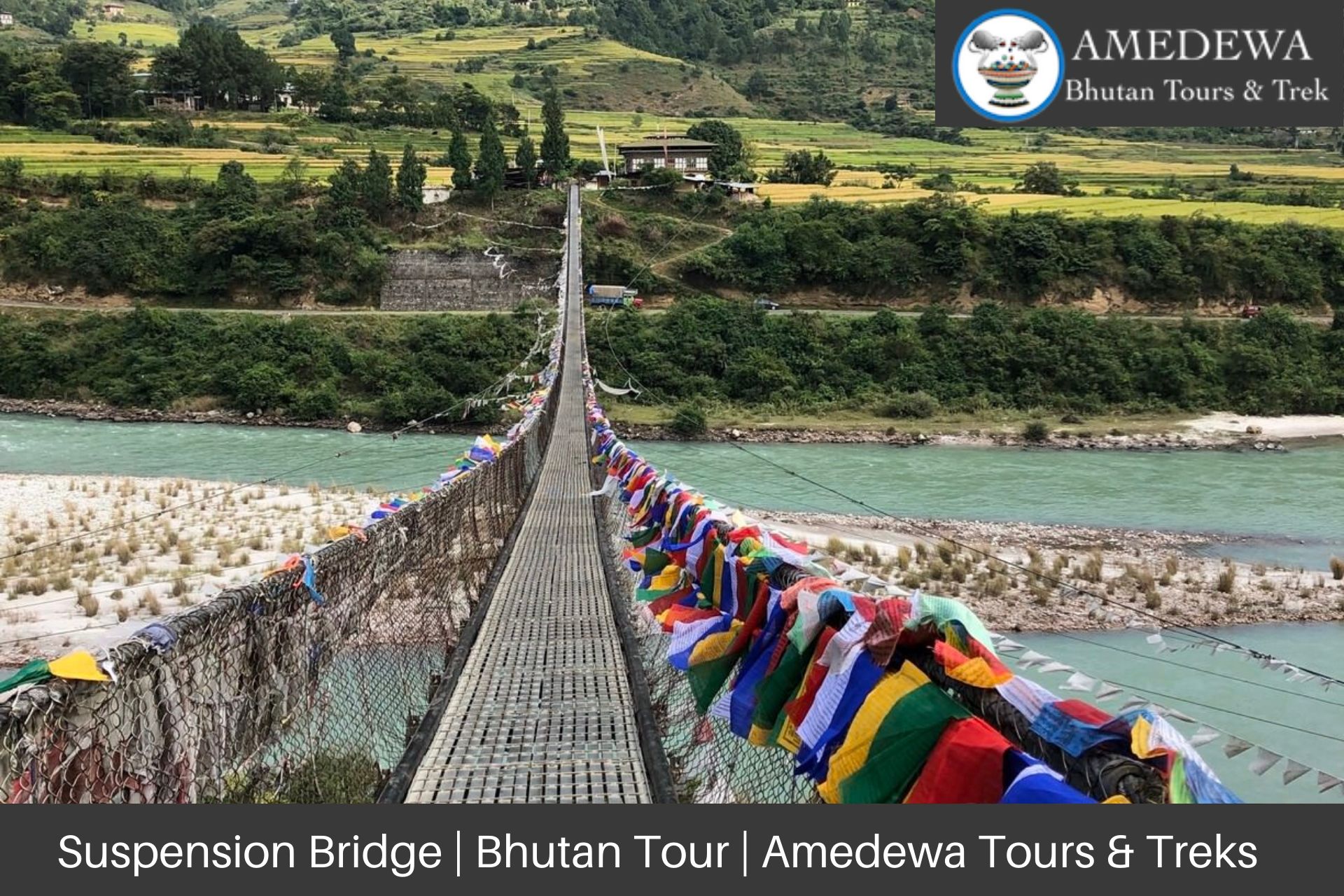 Punakha, Bhutan’s former capital, is a charming hamlet nestled in the Punakha-Wangdue Valley. Among the elegance of this small town is the magnificent Punakha suspension bridge, which connects the old administrative centre of Punakha Dzongkhag to the rest of the valley and is Bhutan’s second longest suspension bridge. It stretches 160-180 meters in length and is located high over the fast river Pho Chu

It is said to have been constructed by a Buddhist monk Thangthong Gyalpo and refurbished several times over the years, but it was once one of the eight bridges that acted as a forerunner to many of our modern suspension bridges.

The bridge connects the villages of Shengana, Samdingkha, and Wangkha to the Wangchuk Kings’ Palace, is an important element of Bhutan’s architectural heritage. Because the Dzong being located at the confluence of the rivers Pho Chu and Mo Chu, it is susceptible to flash floods generated by glacial lakes. It is, nonetheless, astonishingly stable for a 520-foot-long suspension bridge. The east side of the river is a suitable starting place for multi-day treks in the neighbouring mountains, and the bridge provides a wonderful view of the river and valley.

Though crossing the bridge is an adventure in and of itself, it connects Punakha to a number of important and holy sites worth seeing. This Bhutanese hanging bridge is draped with colourful prayer flags and makes a great place for bird viewing and nature photography, not to mention the panic attacks it causes some tourists when it sways slightly due to the strong winds from the running river below. Because the bridge is suspended, it has some inherent elasticity that causes it to sway in heavy winds, although not as much as you might imagine. Unlike the others, it is supported by cables anchored to large cement blocks on the banks. This is owing to the bridge’s stabilizing cables, which taper off at both ends. The deck is constructed of solid wood planks that are nested within the deck truss.