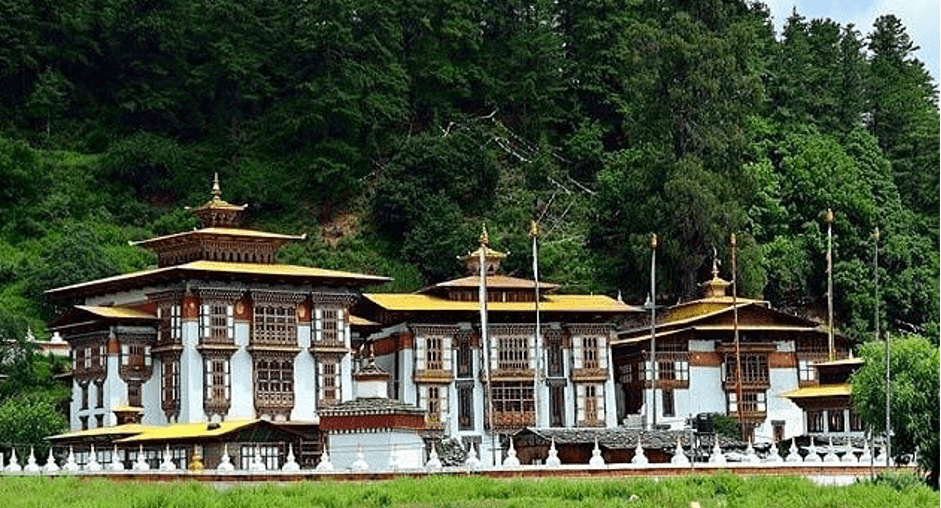 Kurjey Lhakhang is one of the must see temple in Bumthang, it consist of three temple , the first one is where Guru Rinpoche meditated during the 8th century, the second is considered the most holly which contains the imprint of Guru’s body and third one was built by queen grandmother, Ashi Kesang Wangchuck in the 90’s.

The first of the three temples is the Guru Lhakhang built in 1652. Just below the cave is the figure of a snow lion with Jachung ( Garuda ) above it.

The second temple, the Sampa Lhendup Lhakhang was built by Ugyen Wangchuck, the first king of Bhutan. It  has an imprint of Guru Rinpoche’s body.

The third temple was built in 1984 by Ashi Kesang Wangchuck, the queen mother to the third king of Bhutan.

It is also the final resting place of three great kings of Bhutan and those temples are enclosed by 108 chortens.