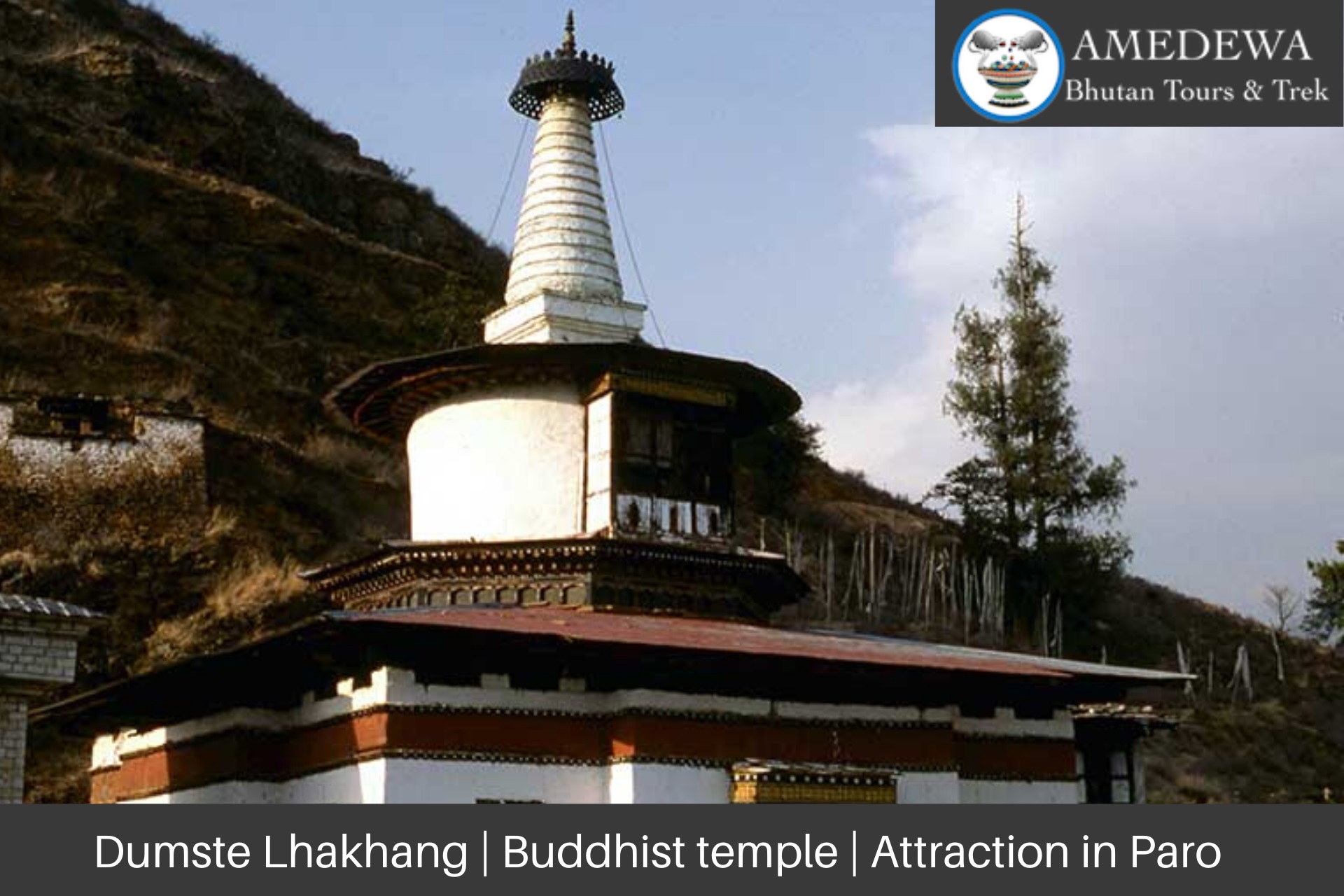 The road leading to the National museum, right above Paro town is Dumste Lhakhang. It was built by Thang Thong Gyalpo in 1421 to subdue the ogress on the top of whose head It is said to be built. One can also the central tower of the temple chained down from four direction as it was believed that the central tower moved, attempting to fly to Tibet during the consecration. The temple shows paintings of various stages of Tantric Buddhist philosophy and important deities as well as figures of Drukpa Kagyu. 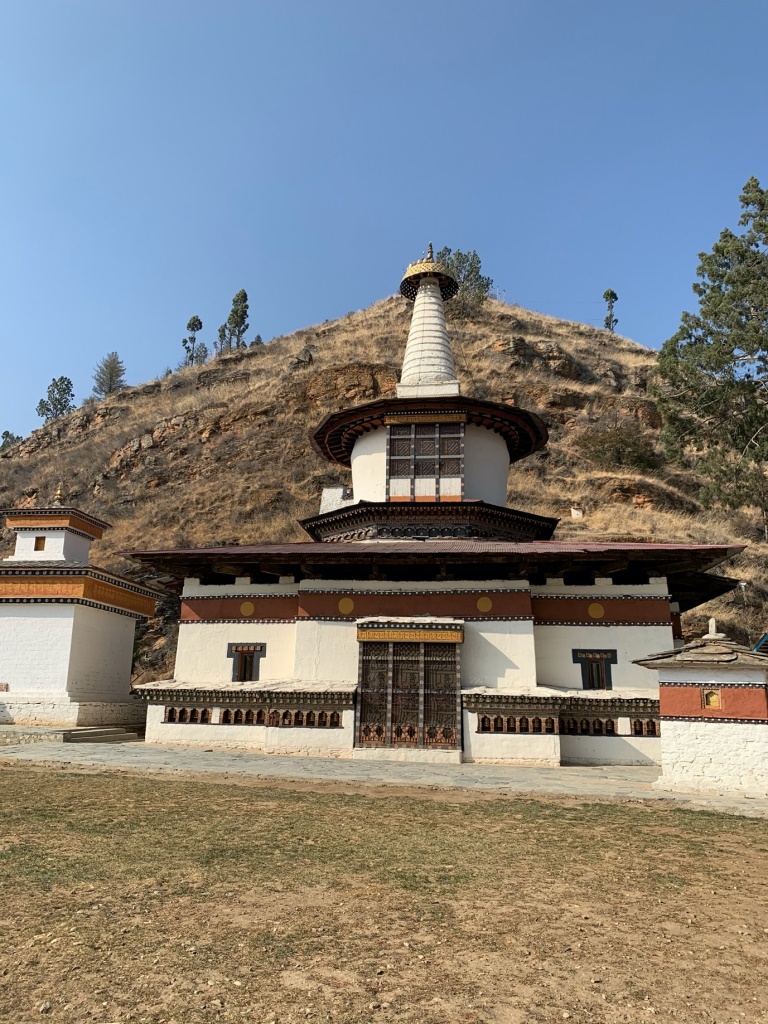 Explore more with us! Mail us at travelamedewa@gmail.com or visit Amedewa Tours & Trek