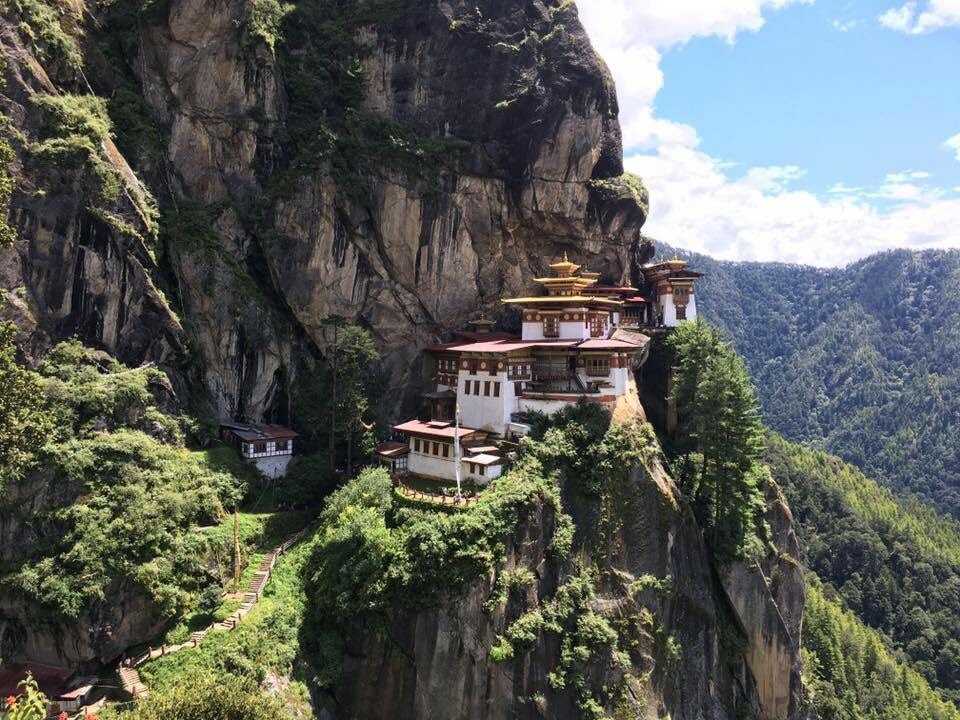 Druk Path Trek is fairly a easy trek which takes you through forest of blue pine, rhododendrons, pristine lakes and also remarks some ancient Bhutanese temple.

Upon arrival to paro airport, you will be met by your driver and guide.

We will then drive to hotel and rest for sometime and acclimatise yourself. After that we will visit Rinpung Dzong, fortress of the heap of jewels.’ The dzong was built in 1644 by ZhabdrungNgawangNamgyel on the foundation of a monastery built by Guru Rinpoche. Some of the scenes from the film ‘Little Buddha’ by Bernardo Bertolucci in 1995 was filmed at the Paro Rinpung Dzong.

We will also visit Ta-Dzong (National Museum). Ta-Dzong was originally the watchtower for the Paro Dzong and stands imposingly on a hillock overlooking the Paro valley and if time permits visit Kichu Lhakhang, one fo the oldest temple in Bhutan.

After breakfast, we will take a hike to Taktsang Monastery (or Tiger’s Nest), one of the most recognizable sites in Bhutan. Accessible only by foot, we will hike for couple of hours to reach the monastery . Built over the caves that Guru Padma Sambhava meditated in for three years, this eighth-century father of Bhutan Buddhism is said to have been brought there on the back of a tigress. It is one of the sacred sites in Bhutan and offers breathtaking views of the Paro valley.

We will start early to start our Druk Path Trek, around 3 to 4 hours hike, 3450m above sea level. After hiking through thick coniferous forest, we will reach Jelela pass and our camp site is quite nearby around 100 to 150 meter.

We might also see other yak herders in the camp site as they also amp there.

After breakfast we will hike to Jangchuklhakha camp site which is around 5 hours, 3780 meters

After breakfast we will trek to Jimi langtso (Lake), 3880m high and around 7 hours hike. Our camp site will be by the side of the lake.

We will start by early breakfast to reach our next destination which is around 6 hours and there are numerous passes, some of them as high as 4000 meter. Our last camp site will be in phojoding and we will visit lakes such as Janetso and semkotatso.

Today we can start early or late to Thimphu, capital of Bhutan. The sunrise view is amazing there and also gives a stunning view of Thimphu valley.we will take some short walk nearby an then head to our car which is approximately 2 hours away from our camp site.

After breakfast, we will begin the tour with the National Memorial Chorten which was built in 1974 to memorialize Jigme Dorji Wangchuk, the third king of Bhutan (1928-1972). A chorten is a stupa, or hemispherical structure, that is used as a place of meditation. The whitewashed building with a golden finial on top is a popular location for prayer

ThimphuTashichho Dzong is a fortress and Buddhist monastery with a distinctive Bhutanese architectural design. Sitting aside the Wang Chhu (river), it is the current seat of the Druk Desi, the head of the civil government, and houses the offices of the current king.

After breakfast we wil drive to Paro which is an hour drive.

On the way visit iron bridge built by Thang Thong Gyalpo and and then we will drive to Chelela pass, highest motorable road end in Bhutan and if the weather is clear we can see some snow capped mountains

After early breakfast in the hotel, drive to the airport for flight to onward destination.