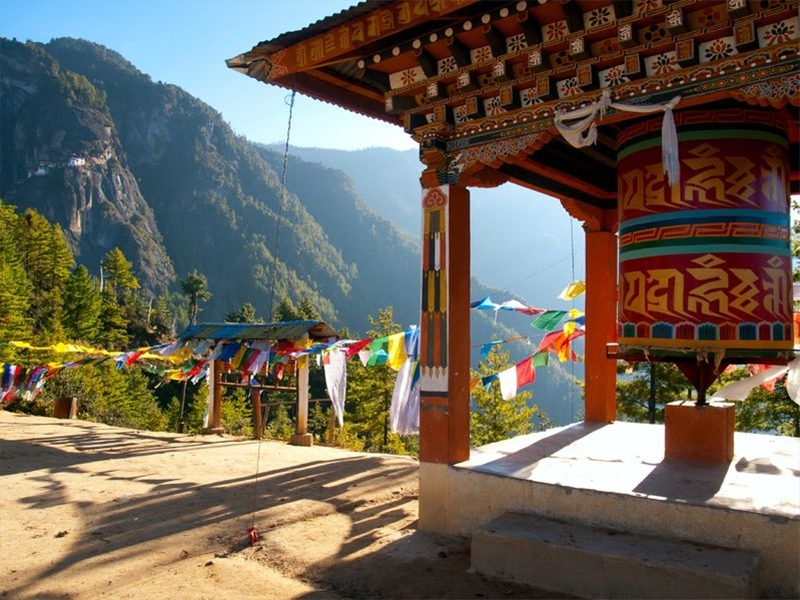 Drive to Tango/Cheri. From the road point we have to walk almost 1hour 30minutes to reach to Tango.
We will take pack lunch and have it near the river side of the monastery. After lunch, mediate in pursuing ones own spiritual goal.
And continue next to the Royal University of Bhutan which is around 30 to 40 mins hike.

Evening drive back to Thimphu

Today we travel to Phobjikha (Gangtey) Valley. Known as the winter home of the black-necked cranes (Grus nigricollis), you can see 600 of these elegant, shy birds that migrate here from Tibet between November and March. This bowl-shaped valley is also a wildlife preserve, so you might also see the other native animals to Bhutan, including muntjac, sambar, serow, or yak.

Gangtey Goemba is a 17th-century monastery that sits on a hill, overlooking the entire valley. An excellent example of Tibetan architecture, the prayer hall (tshokhang), features eight great pillars. In the 15th-century, the Buddhist saint Pema Lingpa foretold that a temple would be built there, so his teachings could be spread. In 1613, his grandson, and reincarnation of Pema Lingpa, fulfilled the prophecy by building a Nyingma temple at the location. Kuenzang Chholing, the long white building nearby, is where monks go to meditate for three years, three months, and three days.

While visiting Gantey Valley, you can stay in the hotel or room with a local family in a modest farmhouse. This unique opportunity will allow you to get to know a Bhutanese family more closely by interacting with them on a personal level.